In this project, you will learn how to construct a basic circuit to light an LED with a battery. 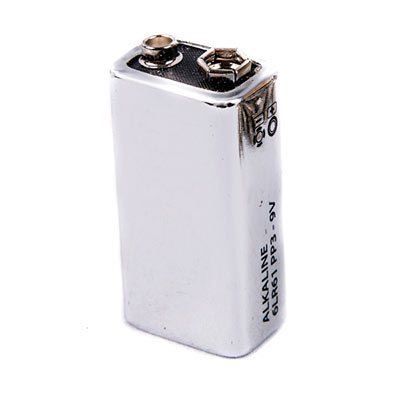 1. A power source such as a battery.

What do you notice that is similar in all the batteries? 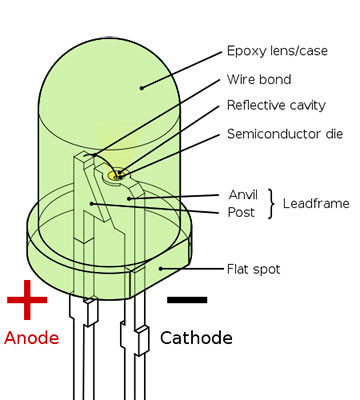 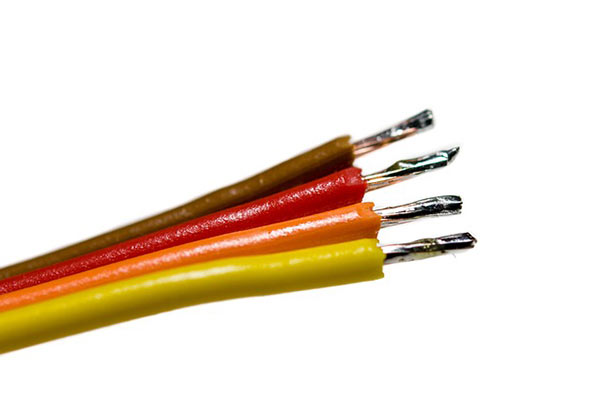 An electric switch is a device that can stop or allow electricity to flow through an electrical circuit:

When the switch is closed, it completes the circuit, allowing electrical current to flow. An alligator clip (wire) can be used to complete the circuit, serving as a rudimentary switch. Below is a diagram of a closed circuit used to light up an LED. 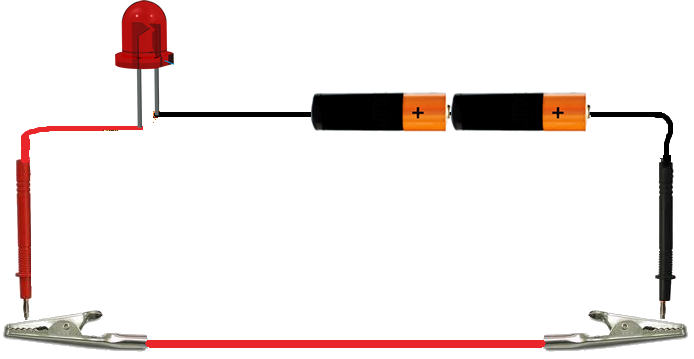 Figure 1. A circuit with LED, battery, and wires.

The amount of water is adjusted to meet specific needs. The water valve can be opened completely in order to quickly fill a bucket. It can be partially opened to produce a more moderate flow to water plants.

For a more indepth explanation of this analogy, check out: Crash Course: Electric Charge

Figure 3. An LED has a positive and a negative lead

Activity: Light up an LED

For this activity, you will need:

Using these three components, see if you can make the LED light up with a battery.

Need help getting it to work?

Place two AA batteries in a battery case similar to the one shown in the illustration below.

Figure 6. A circuit with AA batteries and an LED

Caution. Excessive current can damage an LED. When this occurs the LED can become hot or even explode. Take appropriate safety precautions before proceeding. These can include: (1) wearing safety glasses, (2) placing the LED under a Pyrex container, and (3) allowing the LED to cool off before handling it if it becomes overheated. This is more likely to occur with higher voltages (for example, if using a nine volt battery rather than two AA batteries).

Diagnosing and fixing problems is an important part of engineering. If the LED does not light up, you will need to develop a strategy to identify the problem and fix it.

What do you think some of the reasons that an LED might not light up?

Develop a list of some of the causes of the light failing to work. List the potential problems in the order that you believe they are most likely to occur. Then develop a method for determining how to fix the problem.

Potential Problems with a Defective Circuit

Were you able to light up the LED successfully on your first try? Do you think that inventors like Edison were successful on their first try? Why or why not?

What did you have to do to make the LED light up?

What did you learn about circuits in this activity?

What personal characteristics do successful engineers have to have?